The First 31 by Chastin J. Miles
Skip to main content

My name is Chastin J. Miles.

Over the past few years, I've made important discoveries that have helped me at least DOUBLE my results and productivity and take my real estate business to new levels.

Even BETTER is the way it has completely changed my immediate life and the FUTURE of my business.

I have accomplished all of this by unlocking what truly makes a real estate agent have a long lasting business and experience the levels of success that I was simply dreaming about.

These methods are now habits that have become permanent. I'd like to share with you the story behind how this program came about -- and how YOU can easily implement these practices into your businesses and see results within the next 30 days.

Before I get into why I created The First 31, I want to ask you:

If you're like most real estate agents, it's probably a lot.

Interestingly enough, this is extremely common in the industry, especially among new agents.

If you're wondering how I know that, It's because that was me six years ago. I was a young, clueless agent who simply wanted to make money.

But I had no direction.

I felt like nobody was being open and honest with me. I feel like everyone around me was selling me the dream, I felt like I was DOOMED!

I wasn't willing to give up.

I had spent so much time and money trying to get my real estate license, that I wasn't going to let anything stop me. I was going to try to figure it out on my own.

I started doing the things I thought I should do. I became a book nerd.

Then I became a seminar nerd.

Then I became a shadowing nerd

I watched and I listened to other real estate agents. I really tried to find out what the secret was.

But some of them actually were doing things that made my life WORSE.

Yes that's right, some things I actually tried made me less productive, and less organized. I know it's hard to imagine but it's true.

But I did learn a few things...

Don't get me wrong here.

Just because every system wasn't perfect, I did learn a good lesson in managing my time.

I also learned the valuable lesson of highest and best use of my time.

I also took note of the constant fundamentals that I was seeing with every successful agent I followed or listened to.

And it was astonishing to see just how intricate some of these systems and processes were.

As I began to become an actual producer in my business, I began to implement my own systems and processes.

The funny thing is though, these were the same systems and processes the top producers had, they just didn't notice.

When you reach a certain level of productivity in the real estate business, you'll notice that you start to do things constantly as part of your daily schedule just simply out of habit.

That's what started to happen to me.

When I really sat down and took a look at everything that I had done in my business over the last 2 years, I realized that it was all contributed to the systems and processes I had put in place.

The only thing that was jacked up was...

If I would have known these beforehand, I could have reached levels of success so much sooner.

I wasted so much time trying to "figure it out" and it made me kind of frustrated.

I wasn't frustrated that it took me a while, I was frustrated because I realized, nobody was teaching this stuff.

No one was paying close attention to the fundamental systems that real estate agents need to really grow a profitable real estate business.

Everyone focused on leads

or Social Media Marketing or

But where was the connection between these things and longevity and profitability?

As a business owner, you can't just focus on one part of the business alone. You will end up in the same place you started.

Are you currently trying to "Figure it Out"

If so, the answer is finally here. 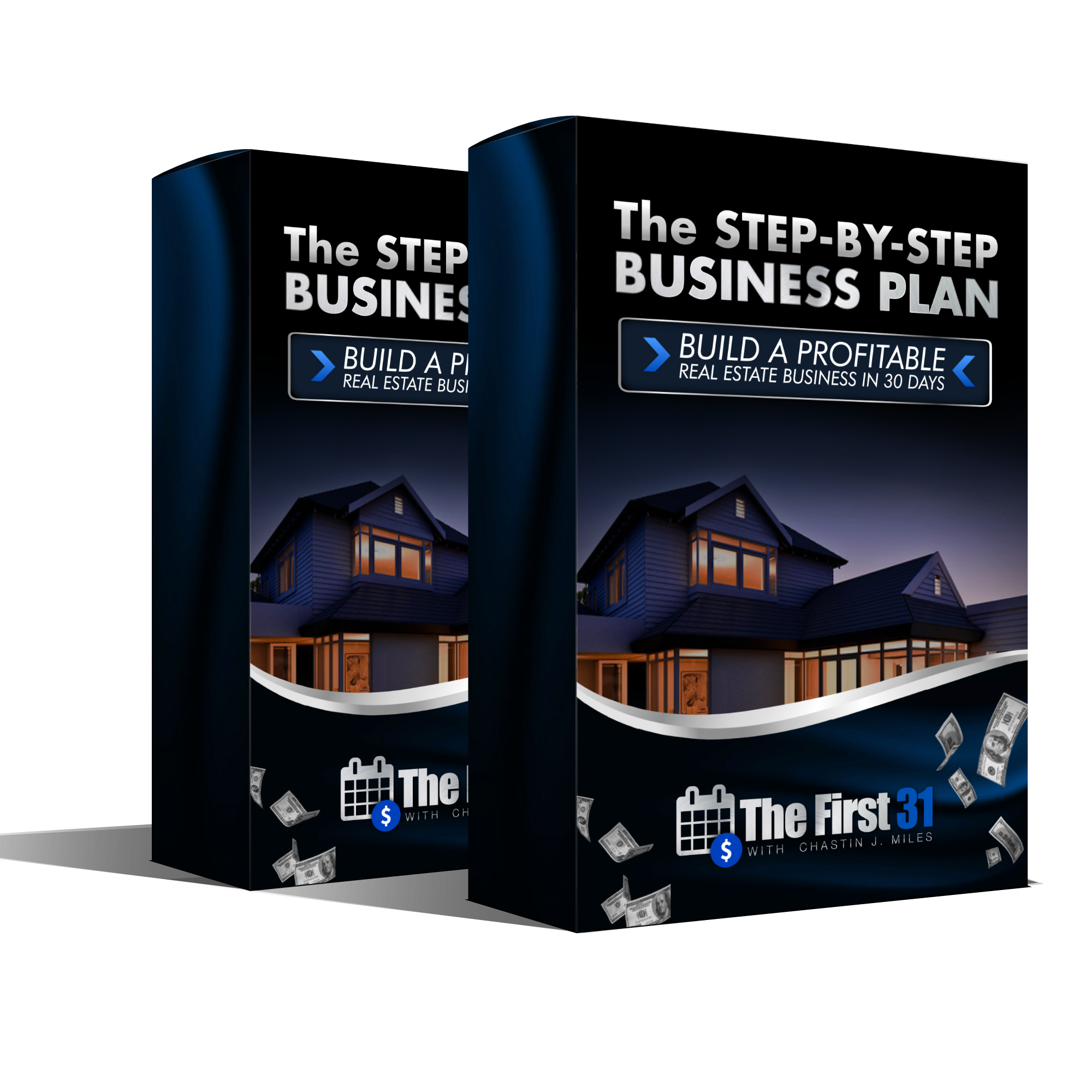 The First 31 is the Step-By-Step Business Plan for any agent to build a profitable real estate business from the ground up.

This program is filled with the instructions, tools, and plans that you absolutely need to get your business going.

The course consists of audio, video, downloads, eBooks, and spreadsheets.

US customers only. Subject to credit approval. See terms